Ty Bollinger and Dr. Michael Farley
Authors of Work With Your Doctor To Diagnose and Cure 27 Ailments with Safe and Natural Methods

Author and health freedom advocate, Ty Bollinger, joined by naturopathic doctor, joined us for a second time, to discuss their recently published book, “Work With Your Doctor To Diagnose and Cure 27 Ailments With Natural and Safe Methods”.

After all, our doctors work for us and if they don’t wish to cooperate, perhaps it’s best to replace them with another who will. Mr. Bollinger and Dr. Farley offer excellent information in this show and offer One Radio listeners a special discount on their new book. 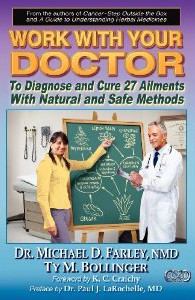 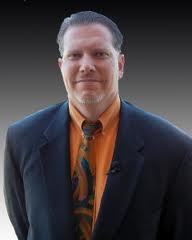 Ty Bollinger is a CPA, health freedom advocate, cancer researcher, former competitive bodybuilder and author. After losing several family members to cancer, he refused to accept the notion that chemotherapy, radiation, and surgery were the most effective treatments available for cancer patients. He began a quest to learn all he possibly could about alternative cancer treatments and the medical industry. What he uncovered was shocking. There is ample evidence to support the allegation that the “war on cancer” is largely a fraud and that multinational pharmaceutical companies are “running the show.”

Ty has now made it his life mission to share the most remarkable discovery he made on his quest: the vast majority of all diseases, including cancer, can be easily prevented and even cured without drugs or surgery.

Dr. Michael Farley is a naturopathic doctor. He attended George Mason University and George Washington University where he obtained a BS in Zoology and did post-graduate work focused on forensic pathology. He eventually studied Oriental Medicine under Dr. Soo Young Cha. For almost a decade in the 1980s, Dr. Farley was a Forensic Pathology and Physiology consultant for the US Dept. of Justice.

'Ty Bollinger and Dr. Michael Farley – Work With Your Doctor To Diagnose and Cure 27 Ailments with Safe and Natural Methods – November 15, 2012' has no comments