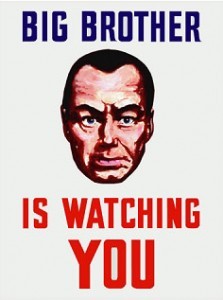 Over 200 UK schools have installed security cameras in bathrooms and changing rooms to monitor students for terrorism without notifying parents.

As the Orwellian police state continues to spiral out of control the most common tool used by the secret watchers is the security camera and now Big Brother has crossed a huge red line by installing camera’s to watch school children while they use the toilet and change in school locker-rooms.

The public has been all to quiet about Big Brother’s ever-increasing watching eye invading all aspects of the private citizens public life as security cameras are being rolled across the United States and Europe to watch every square inch of major public cities.

The cancer has grown so out of control that CCTV surveillance systems are now eating up 1% UK’s GDP.

These systems are being integrated with massive artificial intelligence and data mining surveillance dragnets such as trapwire we were told would allow big brother to automatically detect and prevent terrorism.

We were told the systems needed to be integrated with a massive deployment of automated robotic spy planes called drones.

Then we were told the drone and camera systems were needed a nationwide deployment of secret ground based sensors such as the Scropion II.

Then came revelations of a total surveillance array of spy satellites capable of monitor simultaneously monitor vast swathes of the earth without human intervention.

The public was convinced that the sacrifice of such civil liberties were needed to protect us from the terrorists who hate our freedoms.

Instead we have witnessed the advent of red light camera on every American street corner that scan license plates to build complete dossiers on the movements of the average everyday citizens while automatically generating fines to disobedient motorists.

Instead of tracking and shutting down terrorist cells the camera’s are shutting down vehicles that are not properly insured or registered.

The camera’s are even being outfitted with algorithms to scan for people who illegally drunk in public places.

Now the making sure students are conducting illegally activities while using the toilet in schools.

As Obama says he wants to lock people up for crimes they will commit in the future a very lucrative future involving remote biometrics and behavioral suspect detection lies on the horizon of the CCTV industry.

When will we say enough is enough?

RT – Over 200 UK state schools have installed cameras in bathrooms and changing rooms to monitor students, a recent surveillance survey reported. British parents will likely be shocked by the study’s findings.

­The survey is based on a freedom of information request conducted by Big Brother Watch, an anti-surveillance activist group. The group said they were shaken by the results, which was much higher and more extensive than expected.

The report “will come as a shock to many parents”, Nick Pickles, Director of Big Brother Watch said. “Schools need to come clean about why they are using these cameras and what is happening to the footage”.

•207 schools have 825 cameras in changing rooms and bathrooms

•90% of schools use CCTV cameras

•106,710 CCTV cameras estimated in high schools and academies in England, Scotland and Wales

A total of 825 cameras were installed in the bathrooms and changing rooms of 207 different schools across England, Scotland and Wales, according to data provided by more than 2,000 schools.

It is unknown where the cameras are located in the bathrooms and changing rooms, who is watching the security footage and whether any pupils were recorded while changing.

Video recording in toilets or changing rooms is legal, but recommended only for exceptional circumstances, the Information Commissioner’s Office (ICO) reported. The ICO is an independent authority in the UK, whose duties include promoting privacy.

Research also showed that the extent of CCTV use varied widely from school to school. “With some schools seeing a ratio of one camera for every five pupils,” the report said. “CCTV appears to be used as a quick fix to much more complex problems and issues that simply cannot be solved with passive surveillance.”

UK schools so unsafe that surveillance needed in the most private spaces?

Since the 1990s, the UK’s Home Office has spent 78 percent of its crime prevention budget on CCTV installations, and schools have likewise invested significant resources in their own surveillance equipment, the Big Brother Watch report said.

No significant research has been done into whether CCTV cameras actually lower crime rates.

Big Brother Watch was able to locate a single study by the French Institut D’ Aménagement Et D’Urbanisme, which concluded that theft and burglary continued to increase after the 2007 installation of CCTV in the Île-de-France region. A marginal reduction in disorderly incidents in schools was also reported.

The Big Brother Watch report estimated that more than 100,000 cameras monitor students and teachers across Britain, with 90 percent of the schools surveyed acknowledging the use of some form of video surveillance.

Responses from 2,107 secondary schools showed that they used 47,806 cameras in total with more than half installed inside the schools. The Radclyffe School in Oldham surpassed all other schools in the survey, with 20 cameras total in bathrooms and changing rooms.

Sharon Holder, the GMB’s national officer, told Newsvine that her trade union was disgusted with the findings.

“Placing CCTV in school bathrooms poses a worrying development in school policy and raises a number of questions,” she said. “How many parents have given headteachers permission to film their child going to the toilet or having a shower? What happens to the film afterwards? How much discussion has there been on governing bodies and to what extent have councils and councilors had any input into these developments? What problems are the schools trying to solve?”