Are the full body protective suits not enough of a tip off that pesticides are toxic? If not, consider this: Monsanto’s Roundup herbicide –the most widely used and best-selling herbicide in the U.S. and one of the world’s most popular weed-killers – has been labeled a probable carcinogen by the International Agency for Research on Cancer.

The decision was made by IARC, the France-based cancer research arm of the World Health Organization, which considered the status of five insect and weed killers including glyphosate, which is used globally in industrial farming.

As reported by The Lancet:

“In March, 2015, 17 experts from 11 countries met at the International Agency for Research on Cancer (IARC; Lyon, France) to assess the carcinogenicity of the organophosphate pesticides tetrachlorvinphos, parathion, malathion, diazinon, and glyphosate (table). These assessments will be published as volume 112 of the IARC Monographs.”

After analysis, it was determined that glyphosate falls into the 2nd level of concern (mainly at industrial use)of 4 levels for possible cancer-causing substances. The 4 levels are:

The U.S. Environmental Protection Agency said it would consider the French agency’s evaluation. But given US government agencies’ decisions and political ties, hope is dismal that they will do anything to limit its use.The EPA’s 2012 assessment of glyphosate concluded that it met the statutory safety standards and that the chemical could “continue to be used without unreasonable risks to people or the environment.”

Though the agencyanalyzed numerous weed killers, glyphosate, being one of the most popular, is of greater concern. This active ingredient found in Monsanto’s Roundup herbicide currently holds the highest production volumes of any herbicide, used in more than 750 different products. Unfortunately, its use has skyrocketed in recent years due to the development of herbicide-resistant genetically modified crops – made to withstand copious amounts of herbicide spraying. 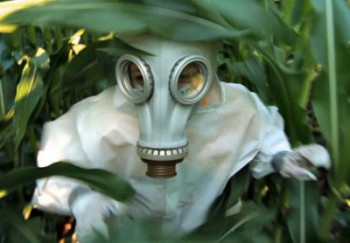 Though the ill effects from glyphosate exposure are most said to be concerning for occupational workers, tests revealing how ubiquitous the chemical really is should pave way for widespread concern.

Not only has glyphosate been detected in the air, in the water, and in our food, but it is also showing up in humans– despite the claims from Monsanto that the chemicalis excreted from our bodies.Numerous studies have shown that not only is it causing numerous health problems, but it is showing up in urine samples, blood samples, and even breast milk. This is concerning.

“Glyphosate has been detected in the blood and urine of agricultural workers, indicating absorption. Soil microbes degrade glyphosate to aminomethylphosphoric acid (AMPA). Blood AMPA detection after poisonings suggests intestinal microbial metabolism in humans. Glyphosate and glyphosate formulations induced DNA and chromosomal damage in mammals, and in human and animal cells in vitro.

One study reported increases in blood markers of chromosomal damage (micronuclei) in residents of several communities after spraying of glyphosate formulations.Bacterial mutagenesis tests were negative. Glyphosate, glyphosate formulations, and AMPA induced oxidative stress in rodents and in vitro. The Working Group classified glyphosate as “probably carcinogenic to humans.”

“All labeled uses of glyphosate are safe for human health,” said Phil Miller, a Monsanto spokesman, in a statement.

'17 Scientists Speak Out: Monsanto’s Roundup is Causing Cancer' has no comments