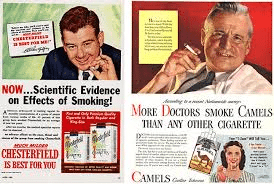 “Until science can prove it, it remains only anecdotal – not real”.

If I had a legitimate pet peeve, it would have to be that phrase! If it were true, I would not have been able to naturallycure myself from autoimmune neurological symptoms and clinical anxiety.

I guess by using this kind of scientific thinking, nobody has ever been “in love”. After all, there is no proof of “love”. You can’t reproduce it in a lab, and double-blind studies certainly would be impossible.

Compounding the “science” of love even more, what of that “feeling of euphoria” felt when one is in love? If love can’t be scientifically proven, then this feeling of euphoria that physically boosts our immune system and promotes a more positive attitude, must only be the“placebo effect”. And we all know how science views the placebo effect! Placebo = All in Your Mind = Not Real Science = False = “Pseudoscience”!

So “scientifically” speaking, love and being in love are purelyanecdotal,thus not real.

What about the flip-side of being in love? Everyone knows the struggle and stress of a failed relationship. The negative effects can easily go beyond depression bringing on more serious health conditions such as heart and immune issues, and even cancer. If falling in love is nothing more than theplacebo effect, than logic would suggest that falling out of love is congruentwith thenocebo effect.In both cases however, how you“feel”is considered by science to be nothing more than“all in your mind”.

Okay then… What if we apply this same logic to something more “scientific”?

If major diseases (cancer, diabetes, heart conditions, and autoimmune) are on theincreasedespite the widespread use of prescription drugs, and if prescription drugs areapproved by the FDAonlyaftersatisfying and passing the rules and scientific methods of evidence-based medicine, then what does this say about those scientific methods?? Especially when many of these drugs are later recalled due to serious health complications, including death? And let’s not forget all the “acceptable” horrific side-effects that areallowedby the FDA!

So, this brings up an interesting question…

On what basis are these drugs “approved” in the first place?

In medical science, using a double-blind study is the standard to prove the effectiveness of a specific drug. Simply, there are two control groups. One group receives the actual drug, while the other group receives a placebo; a “fake” drug, usually a sugar pill. All effects and side-effects are “reported” – from both groups.Neither of the groups or the doctor who administrators the substances know which group is receiving which substance.

This method is meant to “ensure” that thedrug is more effective than the placeboat reducing whatever symptoms it has been designed to reduce.However, there is asecretthat the pharmaceutical companies don’t want you to know about it: the reported positive effects from double-blind studies are oftengreater from those who took the placebothan from those who took the drug!

This means the placebo is often more effective than the drug!

Furthermore, based on their own definition, doesn’t asking test groups to report how they feel technically make the scientific method a pseudoscience? How scientific are these “reported” side-effects? Isn’t “reporting” a headache, joint pain, or stomach upset really only anecdotal anyway? Can a headache be “proven”? And what if the headache came from the control group who took the sugar pill?

Honestly, I can understand why the placebo effective and anecdotal stories get such a bad rap from the science community;it’s bad for business!

The truth is, thepower and control of healing has always been within the mind of the individual. And every day, more and more people arewaking-up to this amazing concept!

Also available on Amazon, Dr. Rankin’s ground-breaking bookMind Over Medicine: Scientific Proof That You Can Heal Yourself.

Dr. Michelle Kmiecis a licensed chiropractor who also holds a Bachelor of Science degree in Human Biology. She is life-long athlete who after curing herself 100% naturally from autoimmune neurological symptoms and anxiety, became an avid nutrition health researcher/promoter, author ofHealthcare Freedom Revolution: Exposing the Lies, Deceit and Greed of the Medical Profession, and Founder of the natural health websiteOnline Holistic Health.