Trace Mayer holds degrees in accounting and law and has studied Austrian economics. He started recommending Bitcoin around $0.25 and funded core blockchain infrastructure including (1) Armory which provides the foundational security for Bitcoin wallets, (2) Bitpay the largest Bitcoin merchant processor and (3) Kraken the largest Bitcoin/Euro exchange and a major worldwide liquidity provider. He hosts the extremely popular Bitcoin Knowledge Podcast where he interviews the top people in the Bitcoin world and can be followed on Twitter @TraceMayer. 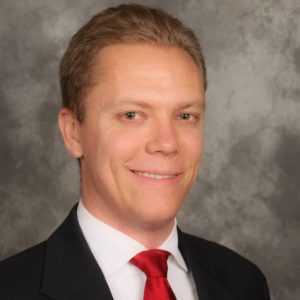 -Takes a classic education to understand where Bitcoin is going.

-Whitepaper about Bitcoin was published anonymously in late 2008.  1/3/2009 is when software was released.  We still don’t know who wrote the whitepaper.

-Is the only reason Bitcoin is going up today is because it’s going up?  Supply and demand impact price.  Supply is known, down to the eighth decimal place.

-Transactional demand – Bitcoin costs fees to use, which are irrelevant compared to the cost of Bitcoin.  Also exchange fees of going from dollars to Bitcoin and back.

-Seeing a change in the world’s view of what money is.  Bitcoin is a potential solution.

-Dollar boys run the show.  Why would they allow Bitcoin to function long term when it could challenge their brand?

-Bitcoin is a force multiplier in the opposite direction.  Is anti-fragile, censorship resistant.  No central third party with Bitcoin.  They can’t squash it.  Bitcoin is a math problem and no amount of violence solves a math problem.

-Can’t they say it’s against the law to own Bitcoin?  They have in Venezuela.  But one can now, via satellite, see the entire block chain completely privately without going through an ISP.

-Who watches the watchers?  They might own Bitcoin themselves, and want to see it grow.  Bitcoin is subversive because it inverts everyone’s economic interests.  If you don’t like the current system, you can opt out with Bitcoin.  Will change how we organize as society.

-Some folks, especially millenials, don’t interact with the fiat economy at all and operate entirely through crypto currency.

-The boys can only destroy wealth, they can’t create it.  Bitcoin can route around economic censorship.  Making something illegal doesn’t stop the activity; it opens up entrepreneurial activity.

-Civil asset forfeiture is number one revenue stream for some governments.  Drug dealers and illicit businesses have switched to Samuri wallet.

-When ruling elite loses confidence of the people, it’s just a matter of time before it goes bust.  Bitcoin says I’m done with your system.

-Can the system be hacked and you lose your Bitcoins?  The system is pretty invulnerable.  Can you secure your personal Bitcoins?  Use free Armory software, get a Purism laptop, read and implement the Glacier Protocol.

What to do if you need Bitcoin to buy something?  Every market is unique in how you can get in.

-Purse.io gives a 19% discount on Amazon for purchases through Purse.

-Geeks are building solutions for inefficiencies in the general economy, and they usually incorporate Bitcoin.

Trace Mayer and the ins and outs of crypto currencies, August 17, 2017

'Trace Mayer with The Past and Future of Crypto Currencies, August 17, 2017' has no comments