Learn how to communicate with anyone, anywhere, in a body or not; human, animal or whatever, without a psychic, without a medium, or a  medical intuitive, healer, or animal communicator. 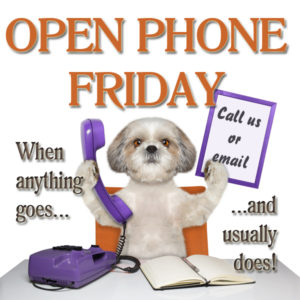 We can talk to anyone, anywhere anytime, no medium, psychic, animal communicator needed…never fails

Every religion and spiritual path have spoken of, not too loudly, of Adepts of the Vairagi. There existence has been known to mystics and occultists in every age since the beginning of humanity.  They are the “Just Men” in the sacred scriptures of the West, made perfect.

Josh from the East Coast talks of the show on Vitamin A suggesting it is not accurate and on the other hand this from a listener:

So glad you had Dr. Smith on. – having developed severe(bleeding, oozing, flaking) eczema on my face and hands 6 months ago – coincidentally, after adding daily high dose Cod Liver Oil for a year trying to get my Vitamin D levels up. So I decided to try going no-Vitamin A. The first three days on the diet I pee’d non-stop and lost a full 10 pounds! Within a week, the eczema on my hands TOTALLY cleared up and the eczema on my face reduced to just a patch of small flakes – no bleeding, redness, oozing or even pink skin anymore!

We are the Center of a living vibration, who we are, that is of God

The body and mind are one unit as we inhabit these vehicles. Thus, we evolved these bodies consciously since we evolved out of the Sound and Light.  Whew…no wonder we are tired.

Patrick talks about a conversation he had with Dr. Steve Hines, (next Thursday, May 16 guest) who suggests glyphosates leave the body rather quickly

Nearly 70 percent of Americans are on at least one prescription drug, and more than half take two, according to the Mayo Clinic.

Another blast from Atom Bergstrom:

My friend Judy Utley had a “Living to Live” attitude.  She was diagnosed with cancer of the spine, lungs, breasts, etc.
Her doctor said, “How did you even manage to walk into my office? Go home and get your affairs in order. There’s nothing I can do for you.”
She lived for 8 or 9 more years, continuing to chain-smoke tobacco cigarettes. Judy told me she wanted to live long enough to meet the “love of her life.” She did, and they both went on Cosmic Vacation shortly thereafter.
Is it any wonder there are stomach issues abounding on Planet Earth:  The mind is more important than chemistry and physics. Being annoyed reverses the flow of bile against gravity, lifting it up into the stomach and esophagus. Alkaline bile neutralizes stomach acidity, sabotaging digestion.
Ray Peat says glyphosate is water-soluble, and easily eliminated.
Good morning Patrick – I like to get spiritual with you on Fridays. Do you think dogs/cat/our pets our “aspects” of our own selves?  Reason I asked, was because some people say that your pets are part of you…that you have suppressed. My wife has even said I look like my dog, and make the same facial expressions.
From the mind of Atom:

On the subject of the day, “Time to get busy living or get busy dying.”  Atom writes in:

Satisfied people with a sense of purpose tend to live long regardless of what they shove in their mouth.

Despite family tragedies and a husband who had hundreds of mistresses, Rose Kennedy lived to 104 without shopping at Whole Foods.

Olivia de Havilland is also 102, claiming champagne is one of her longevity secrets.

Open phone and email Friday with You, Doodle and Patrick, May 10, 2019 ONE

Open phone and email Friday with You, Doodle and Patrick, May 10, 2019 TWO