Our Open Phone Show on Fridays has become so popular we thought it would be a nice way to kick start the week.

-Bulletproof coffee and tea: Patrick’s been starting his day by adding fat to his tea. If you’re not familiar with the recipe, check it out here. It’s an excellent way to wake up your morning cup of Joe.

-Denny, from Maine, calls in to say how much more mental clarity he’s experienced since getting on sulfur AND he’s rediscovered the joy of rebounding, our favorite exercise.

-Fat doesn’t make you fat. Denny and Patrick discuss what does

-A little more about sodium thiosulphate

-Patrick shares his thoughts on a film on global warming. It’s a good one. Watch it here 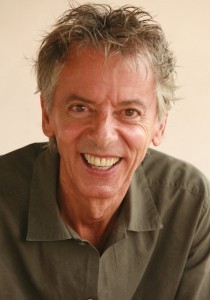 open phones with you and patrick, september 30, 2013
https://soundcloud.com/oneradionetwork/093013_open_phones_patrick_timpone

'Open Phone Monday – The Body Always Gravitates Toward the Simplest Solution to the Problem – September 30, 2013' has no comments