The World’s Leading Authority in Energy Healing and Beyond

We spent a wonderful hour with Dr. Eric Pearl this morning discussing his new book The Reconnection. Dr. Pearl starts with discussing his mothers death experience while giving birth to to him and moves into his spiritual journey and understanding energy healing and how it works.

He says in Chapter 13 “…..I do not heal anybody.You won’t either…your task is to simply listen, the open ourself up to receive the energy that allows you to become the catalyst for the healing of your patient. The healing is a decision reached between the patient and the Universe.” 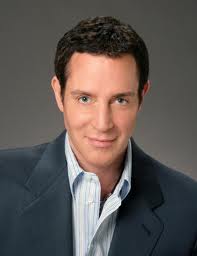 Internationally recognized healer Eric Pearl has appeared on countless television programs in the US and around the world, spoken by invitation at the United Nations, presented to a full house at Madison Square Garden, been interviewed in various publications including The New York Times, and most recently featured in the film, The Living Matrix.

As a doctor, Eric ran a highly successful chiropractic practice for 12 years until one day his patients began reporting that they felt his hands on them – even though he hadn’t physically touched them. Patients soon reported receiving miraculous healings from cancers, AIDS-related diseases, epilepsy, chronic fatigue syndrome, rheumatoid and osteoarthritis, birth disfigurements, cerebral palsy and other serious afflictions. All this occurred when Eric simply held his hands near them – and to this day, it continues.

His patients’ healings have been documented in six books to date, including Eric’s own international bestseller, The Reconnection: Heal Others, Heal Yourself, now in more than 36 languages!

'Dr. Eric Pearl – The Reconnection: Heal Yourself, Heal Others – February 9, 2012' has no comments