John Lear’s the kind of guy you want to spend a weekend with holed up in the mountains somewhere spendingthedays beside a fire with a cup of tea. Why? Because this man is fun to talk with and listen to. A) He has a pretty impressive background and resume and B) He understands spiritual principles and C) He can cover so many fascinating topics.

We had intended to focus on the Mysteries and Secrets of the Moon and what’s going on up there and we did cover it today, but this interview went on to go down many, many paths whixh we really enjoyed. Two hours was simply not enough and we hope you enjoy this really entertaining and thought provoking talk. Keep your mind open and the duct tape within reach. Enjoy! 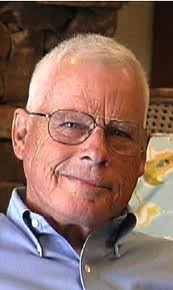 John Lear, 69, retired airline captain and former CIA contract pilot with over 19,000 hours of flight time, over 11,000 in command of 3 or 4 engine jet transports, has flown over 100 different types of aircraft in 60 different countries around the world. He retired in 2001 after more than 40 years of flying.

John flew for the CIA in Southeast Asia where between 1968 and 1973 logged 560 missions of which over half were combat. He also flew contract missions in Eastern Europe, the Middle East and Africa between 1977 and 1982.

During the last 17 years of his career John worked for several passenger and cargo airlines as Captain, Check Airman and Instructor. He was certificated by the FAA as a North Atlantic Navigation Check Airman. He has extensive experience as command pilot and instructor in the Boeing 707, Douglas DC-8 and Lockheed L-1011.

John held 17 world records including Speed Around the World in a Lear Jet Model 24 set in 1966 and was presented the PATCO (Professional Air Traffic Controller’s Association) award for Outstanding Airmanship in 1968. He is a Senior Vice-Commander of the China Post 1, the American Legions Post for “Soldiers of Fortune”, a 30 year member of the Special Operations Association and member of Pilotfor911truth.org.

John says he became a ‘no-planer’ after realizing the technical impossibility of many of the aspects of the generally accepted hijacker story. He was also briefed by two retired Lockheed-Martin scientist-engineers on the status of secret state-of-the-art holographic projections which he was told projected real-time solid images with light, heat and sound onto thin air.

John says he believes the only reason people are plane-huggers is that they are technologically ignorant and that if they could be briefed on state of the art high-tech that they would graduate to no-planer status.

John has been active in the UFO field since 1985. His research of the cover-up led his to many other cover-ups which are currently called Conspiracy Theories.

Some of Conspiracies he is investigating include: