We had a good time with Timothy Good talking UFO’s, their cover-ups, abductions and aliens living among us this morning. Timothy Good as a leading authority on UFOs and the alien presence – the most highly classified subject on Earth.

He became interested in the subject in 1955, when his passion for aviation and space led him to read a book by Major Donald Keyhoe describing UFO sightings by qualified observers such as military and civilian pilots. In 1961, after reading a book by Captain Edward Ruppelt, a U.S. Air Force intelligence officer, he began to conduct his own research. Since then, he has amassed a wealth of evidence, including several thousand declassified intelligence documents. 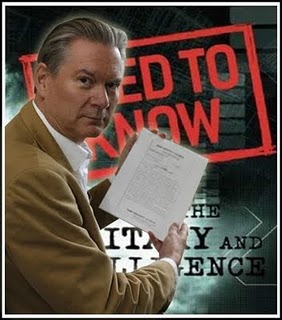 timothy good, aliens among us (other than politicians), february 9, 2012