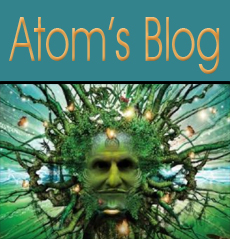 Show starts at 11 am central

Founder of The Early Warning Report

Richard Maybury is widely regarded as one of the top free-market writers in America. His articles have appeared in the Wall Street Journal, USA Today and other major publications.

Richard Maybury publishes one of the most well respected newsletters on investing in the World: Early Warning Report. He’s asked us to give you a link, as his gift to the April-May 2020 newsletter. Enjoy

President of Henry Madison Research, Inc., Mr. Maybury is a world-renowned author, lecturer and analyst who consults with business firms and individuals in the U.S. and Europe.

Mr. Maybury is often compared to General Billy Mitchell. You may remember that Mitchell foretold the Japanese attack on Pearl Harbor; he was one of those rare individuals with the amazing knack for seeing through the “conventional wisdom” and political smoke screens, to spot crucial new trends – the kind that catch most other experts by surprise.

Throughout the 1990s, Mr. Maybury warned about a coming world war between Washington and Muslims, but few listened, just as few listened to Mitchell.

Ever since 9-11, thousands have been hanging on Mr. Maybury’s every word. Subscribers who have been taking his advice — to invest in things that do well in wartime — have been reaping astounding profits.

Mr. Maybury calls his viewpoint “Juris Naturalism,” which means the belief in a natural law that is higher than any government’s law. This, incidentally, was also the philosophy of Thomas Jefferson, George Washington and the other American founders.

“Let me be very clear about this,” Mr. Maybury states. “I’m proud of my viewpoint and do not try to hide it behind a smokescreen of phony objectivity. I believe political power is the most evil thing humans ever discovered. It corrupts the morals and the judgment.”

Mr. Maybury has written 22 books and monographs, including his Uncle Eric series of books, which focus on economics, law and history. He has been interviewed on more than 250 radio and TV shows across America, on topics ranging from monetary policy, investments and business cycles to the geopolitics of the Mideast oil region and former Soviet Union, as well as U.S. foreign policy.

Do not be left in the dark about changing world events and their impact on you, your money, and your family. Know what others don’t, and subscribe to U.S. & World Early Warning Report today.

Send in your questions for our guests now!

Send in Your Questions Now! 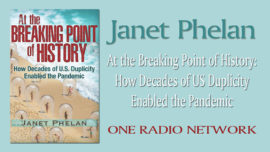 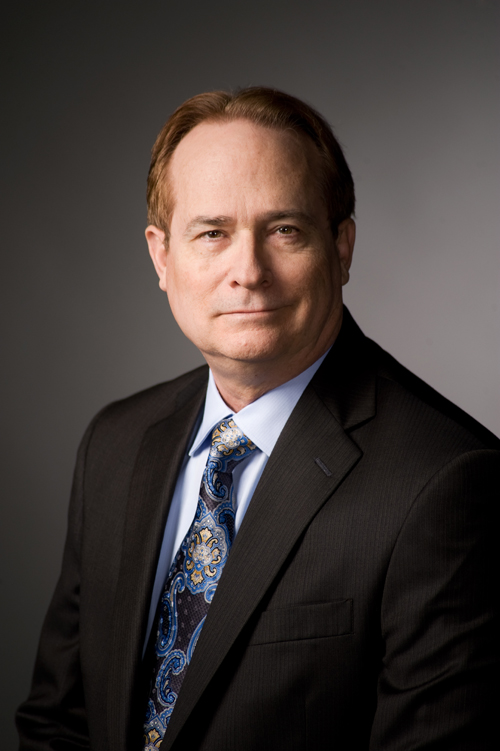 Thomas E. Levy, MD, JD Rapid Virus Recovery: No need to live in fear! It’s normal and appropriate to fear an infection that can take your life, especially when you believe that you cannot avoid getting it or that you cannot cure it once you have it. The COVID pandemic now has most of the…

Dr. Jennifer Daniels Author of The Lethal Dose: Murder By Medicine is No Accident  Dr. Daniels is a former medical doctor who had her medical license suspended due to not prescribing enough drugs and truly healing her patients. Dr.Daniels is widely considered one of the foremost Alternative Healing Physicians alive today. She graduated from Harvard University…

Patrick Timpone Seeing a 360° View of Reality Helps Us Find Out Who We Really Are What does spiritual mean?  Seeing a 360° view of reality – the ORN perspective. Going within to find out who we are.  We are special. Their narrative is falling apart.  Past history, germ theory, catching something, heliocentric earth, etc…. 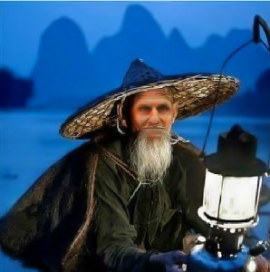 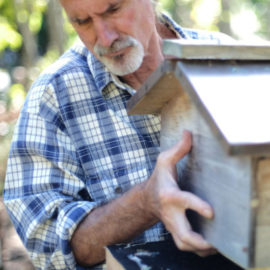 Dr. Barre Paul Lando ALFA VEDIC GARDENS began in 2007 at our site in the remote Mattole River Valley of Humboldt County, California. The property was developed over a 9 year period, and became a destination for visitors and locals alike who enjoyed the serene aesthetics, and impressive diversity of ornamental and medicinal botanical specimens….

Matthew Ehret Investigative Journalist, Historian Topic: Matthew is a journalist and co-founder of the Rising Tide Foundation and Canadian Patriot Review. He has published scientific articles with 21st Century Science and Technology, and is a regular author on several political/cultural websites including Los Angeles Review of Books: China Channel, Strategic Culture, Off Guardian and The Duran. He has also… 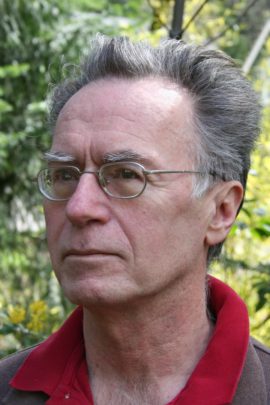 Dr. Ray Peat, Ph.D Renowned Nutritional Counselor Ray Peat acquired his PhD from the University of Oregon with a specialization in physiology. He started his work on hormones in 1968 and wrote his dissertation in 1972 in which he outlined his ideas on progesterone and the hormones closely related to it. His main thesis is that energy and structure…

Patrick Timpone – Sitting At at the Center of the Universe – January 17, 2022

Patrick Timpone Sitting At at the Center of the Universe Dr. Massey woke up with laryngitis so he had to cancel his show. He’ll be back next month. Benefits of cold showers.  Tell us if you are seeing empty shelves in stores. Are we the center of the universe, with everything revolving around us?  Some…

Patrick Timpone We’re Living In the Land of Opposites In the Worst of the Worst Yuga Earth is a land of opposites, moving forward in cycles.  Now in Kali Yuga, the worst of the worst.  Don’t get sucked into their spooky time.  We are the writers and producers, making our own movie. Are the rats… 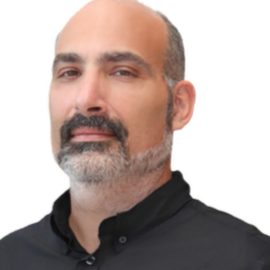 Tom Luongo Publisher of Gold, Goats n’ Guns Newsletter Tom Luongo is a former research chemist and writer on markets, culture and geopolitics.  He publishes regularly on his blog, Gold, Goats ‘n Guns at www.tomluongo.me as well as the Gold Goats ‘n Guns Monthly Newsletter which provides a portfolio strategy for retail-level investors to make sense of…

Lynette Zang The Elite’s Plan Is to Have the Top Few Owning All the Wealth and Controlling the Rest of the Population Lynette Zang has held the position of Chief Market Analyst at ITM Trading since 2002. Ms. Zang has been in the markets on some level since 1964. She has been a banker, a…

Patrick Timpone – Life in These Uncertain Times; Prepare for the Worst, Hope for the Best – January 10, 2022

Life in these uncertain times.  Be prepared for the worse; hope for the best. Joe Rogan’s Nielsen ratings for the week with Dr. Robert Malone and Dr. McCullough shows exponentially ahead of mainstream show ratings. Is today’s precarious financial state our karma for not knowing or doing anything about being cheated earlier by loss of…

Patrick Timpone – 2022 Will Present Us With the Biggest Challenges in Human History – January 7, 2022

Patrick Timpone 2022 Will Present Us With the Biggest Challenges in Human History Traumas creates a mechanism in the body.  Soul -> mind -> body.  Rework the trauma in your mind to clear the effect in the body. Our body makes exosomes to share what we’ve learned with others. In 2022, we’re called on to… 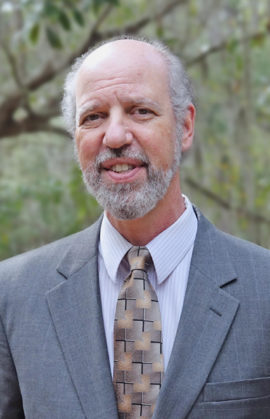 Fred Dashevsky The Real World of Money Fred Dashevsky is from Long Island New York. He attended University of New York at Albany and studied psychology, political science, and economics. Fred started in the coin business in 1984 in Northern New Jersey opening several offices in Southern California in the mid 80s. He returned to… 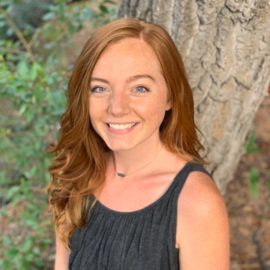 Melissa Sell – The Bugs In Our Bodies Are There to Help Us; Infections Are Healing Mechanisms – January 5, 2021

Dr. Melissa Sell TEACHING MEN AND WOMEN OF ALL AGES HOW TO OVERCOME THE FEAR OF SYMPTOMS AND ADOPT THE MINDSET OF HEALING Topic: German New Medicine Dr. Melissa Sell is a chiropractor and Germanic New Medicine Consultant. She helps people to understand their symptoms from the GNM perspective, guides them in learning to trust…

Patrick Timpone Contemplation is different than meditation. We create challenges which create karma which creates obstacles which lead us to learn how to heal. Pain and discomfort as a healing process. BioGaia Gastrus with Lactobacillus reuteri available at many vendors, including Amazon, iHerb, LuckyVitamin, Walmart.  Recommended by Dr. William Davis. Fox News presenter referred to… 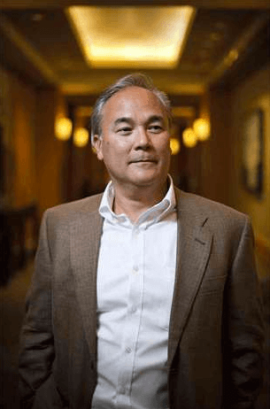 William Davis, MD Super Gut The bestselling author of the Wheat Belly books brings his next big, game changing idea – how the human microbiome is evolving, and potentially wrecking, our health, and how we can fix it Wheat Belly was a breakthrough, informing readers that the wheat and grains we consume today are not the same wheat…

Atom Bergstrom – DNA is an Expression of You;  Change Yourself to Change Your DNA – January 3, 2021 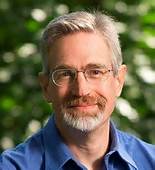 FROM THE ARCHIVES: Andrew Saul – The Effectiveness of High Dose Vitamin C and Other Supplements – May 22, 2014

THE MORNING SHOW with Patrick Timpone   Andrew Saul www.doctoryourself.com The Effectiveness of High Dose Vitamin C and Other Supplementation Andrew W. Saul, the “Megavitamin Man,” has 38 years of experience in natural health education. His world famous, free-access educational website, www.DoctorYourself.com, is peer reviewed and the largest non-commercial natural health resource on the internet….