Dr. Coleman was on the show last week and we enjoyed him so much, we’ve invited him once again. We touched briefly on why he is a vegetarian; Dr. Coleman has a real love for animals. He will discuss animal issues in this special encore interview. 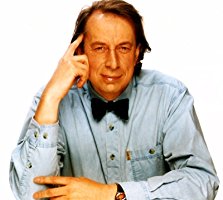 -Unknown reliability of animal experiment tests. The drug company wins either way. If the drugs causes harm to animals, they say animals are different. If they don’t cause harm, they say it’s been shown to be safe on animals.

-Thalidomide passed as safe based on animal tests. Aspirin and penicillin kill cats.

-Delaying tactic of “We haven’t finished our research yet”, even when harms are already known.

-Inadequate testing to get product to market early to start reaping profits.

-Unrecognized intelligence and reasoning of animals.

-Vegetarians less likely to be hospitalized, have heart attacks, or have food poisoning.

-Drain on water and land resources to raise animals for food.

-Toxins accumulate in the fat of animals. Rise in breast cancer due to increased consumption of meat with chemicals in it.

-Cage-free is not a defined term. Chickens suffer increased adrenaline from stress, vulnerability to infections in overcrowded conditions.

-Antibiotics increase the yield from an animal. Antibiotic resistance from antibiotics given to animals.

-Drug industry pushing to create more vaccines for dogs and cats. No proven safety or benefit.

vernon coleman on the treatment of animals, february 7, 2017

'Dr. Vernon Coleman – The Truth About the Treatment of Animals from Testing to Farm Conditions – February 7, 2017' have 3 comments