From Atkins to Dukan, fear of the almighty carb has taken over the diet industry for the past few decades—even the mere mention of a starch-heavy food is enough to trigger an avalanche of shame and longing. But the truth is, carbs are not the enemy.
Now, bestselling author John A. McDougall, MD, and his kitchen-savvy wife, Mary, prove that a starch-rich diet can actually help you lose weight, prevent a variety of ills, and even cure common diseases. The Starch Solution is based on a simple swap: By fueling your body primarily with carbohydrates rather than proteins and fats, you’ll feel satisfied, boost energy, and look and feel your best.
Fad diets come and go, but Dr. McDougall has been a proponent of a plantbased diet for decades. His expertise has helped thousands of people to slim down and to regain their health—many of their stories are in this book, including people who have lost more than 125 pounds in mere months, as well as patients who have conquered life-threatening illnesses such as type-2 diabetes, arthritis, and heart disease. 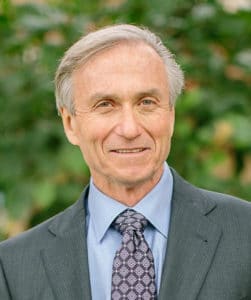 A physician and nutrition expert who teaches better health through vegetarian cuisine, John A. McDougall, MD has been studying, writing, and speaking out about the effects of nutrition on disease for over 30 years. Dr. John and Mary McDougall believe that people should look and feel great for a lifetime. Unfortunately, many people unknowingly compromise their health through poor dietary habits.
Dr. McDougall is the founder and director of the nationally renowned McDougall Program: a ten-day residential program that he and Mary McDougall host at a luxury resort in Santa Rosa, CA where medical miracles occur through diet and lifestyle changes. In addition to her formal training as a nurse, Mary McDougall provides many of the delicious recipes that make the McDougall Program not only possible, but also a pleasure. Dr. McDougall has cared for thousands of patients for almost 3 decades. His program not only promotes a broad range of dramatic and lasting health benefits but, most importantly, can also reverse serious illnesses including high blood pressure, heart disease, diabetes and others, all without the use of drugs.

-Animal food is food poison. 80% of population is sick. 38% of US population is obese. People are not designed to eat animals and the effect is obvious.

-In China now, 12% are diabetic, obesity is epidemic. Older generations eating traditional rice or starch diet in Asia and South America had no obesity.

-Starches are potato, sweet potato, rice, corn. Paleo is wrong and doesn’t recognize that starches were the major food component of traditional diets.

-Gladiators had meat withheld from them and were forced to eat barley and beans before battle so they would win.

-Dr. McDougall can get patients in his clinic off their medications by feeding a starch diet.

-People lose weight on Atkin’s type diets because it makes them sick and they lose their appetite.

-Cholesterol is not the culprit; he doesn’t prescribe statins. Association between high cholesterol and a sick body. Meats and oils damage the arteries.

-Look at low-carb diet proponents – how healthy are they?

-All oils are toxic. No such thing as oils in nature, they must be processed.

-Why did the incidence of type 2 diabetes increase in the last 35 years in China? Intake of dairy, meat and fat has doubled. Intake of carb has not changed., although less rice and more processed.

-People eating Italian diet with olive oil every day of their life lived to their 90s. Healthy despite the oil, not because of. Greece, Italy are #1 and #2 in childhood obesity, US is #5.

-Olive oil and nut companies are primary promoters of a Mediterranean diet.

-The human being is a starch eater. Why is starch #1 evil now, what has changed in the last 50 years?

dr john mcdougall m.d. who says we are starch and grain eaters, february 7, 2017

'John A. McDougall, MD – The Starch Solution: A Starch-Rich Diet Can Actually Help You Lose Weight, Prevent a Variety of Ills, and Even Cure Common Diseases – February 7, 2017' have 8 comments