The 49th Anniversary of the Murder of JFK

We spend two fascinating hours looking at old and new evidence of the JFK assassination in 1963. Debra Conway of JFKlancer.com and crime scene investigator of 30 years, Sherry Fiester, author of the new book “Enemy of the Truth: Myths, Forensics and the Kennedy Assassination” give their insights, opinions and theories of what transpired on that tragic day in Dallas. 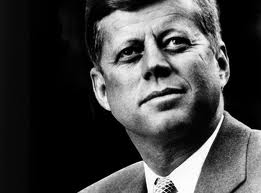 Conway is a JFK assassination researcher and also President of JFK Lancer Productions & Publications. The goal of JFK Lancer is to make research materials concerning President John F. Kennedy easily available to everyone. Its prime concern is the accuracy of history and the true story of the turbulent 1960s. JFK Lancer has a comprehensive website and actively supports the continued investigation of the JFK assassination. Over the past 17 years Lancer held the annual November In Dallas conference. and also holds special events both for educational groups.

Books published by Lancer include In The Eye Of History; Disclosures in the JFK Assassination Medical Evidence (2004), No Case to Answer (2010), Someone Would Have Talked (2006), The Door of Memory: Aubrey Rike and the Assassination of President Kennedy (2008), Jim Garrison: His Life and Times, The Early Years (2008) and Beyond the Fence Line: The EyeWitness Account of Ed Hoffman and the Murder of President Kennedy (2008), NEXUS Political Assassinations and the CIA by Larry Hancock( 2011), Enemy Of The Truth by Sherry G. Fiester (2012).

Conway is a historical researcher who specialized in the documents released under the Assassination Records Review Board Act, particularly Cuba and the Central Intelligence Agency and Mafia plots against Fidel Castro .

Sherry P. Fiester, was a Certified Senior Crime Scene Investigator and Court recognized expert when she begin to apply her professional expertise to the Kennedy Assassination. Sherry is a court certified expert in Louisiana, Mississippi and Florida, totaling in over 30 Judicial Districts and Louisiana State Federal Court as an expert in Crime Scene Investigation, Crime Scene Reconstruction and Blood Spatter Analysis and Reconstruction. She is published, and recognized as an instructor at state and national levels.

In 1995, Sherry spoke at the Coalition on Political Assassinations (COPA) Conference in Washington, DC. At that conference blood spatter was used to scientifically prove the fatal headshot originated from in front of the President. Sherry was the guest speaker at the Dealey Plaza Echo Kennedy Assassination Conference in the UK in 1996. A regular presenter at JFK Lancer November in Dallas Conferences since 1996, Sherry is a recipient of the JFK Lancer-Mary Ferrell New Pioneer Award.

Now retired from police work, Sherry is utilizing various forensic fields to promote a better understanding of the Kennedy assassination. The results have been a variety of speaking presentations and more recently, completion of the book, “Enemy of Truth: Myths, Forensics and the JFK Assassination” which scheduled for release in November 2012.

'Debra Conway and Sherry Fiester – The Murder of JFK: We Deserve the Truth, Will We Ever Know It? – November 20, 2012' has no comments