Senior Paul Advisor, Doug Wead, talks about the convention, working for Bush 43, Iran and the future of this country

-The younger ones get what is going on, why don’t the Baby boomers?

-Five days in the White House and the man changes

-Ron Paul is not electable in 2012 because his ideas are too radical.

-The media control the minds of man

-Auditing the Fed may be a red herring

-Is Ron Paul the real deal?

-Is Rand Paul the real deal, and will he be the President some day? 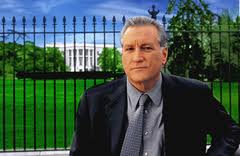 Doug Wead is a historian and New York Times bestselling author of more than thirty books. He has served as an adviser to two American presidents and was a special assistant to the president in the Bush, Sr. White House. In 2012 he took a sabbatical from writing to serve as the senior adviser to the Ron Paul presidential campaign.