The Untold Other Side of the Story

Author of The Generals Son: Journey of an Israeli in Palestine

The State of Israel today is governed in a way that cannot be sustained, where the two nations it governs, Israelis and Palestinians areused and abused and it is a state of affairs that should not be tolerated: Half of the population is governed by a radical Zionist regime that sees the struggle for control over the land as a zero sum game, and the other half of the population is governed by the security forces of this Zionist regime; one nation ruling over another while controling of the land and its resources. It is a reality where half of the population lives in what it thinks is a Western democracy while keeping the other half imprisoned by a ruthless defense apparatus that is becoming more violent by the day.

Miko Peled is a peace activist who dares to say in public what others still choose to deny. He has credibility, so when he debunks myths that Jews around the world hold with blind loyalty, people listen.

His blog Tear Down The Wall is dedicated to tearing down the separation wall and transforming the Israeli apartheid system into a secular democracy, where Israelis and Palestinians will live as equal citizens. 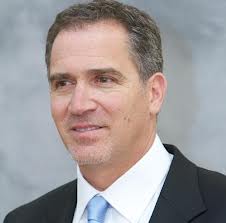 'Israel/Palestine Special: The Untold Other Side of the Story (Part 1) – Miko Peled – Author of The Generals Son: Journey of an Israeli in Palestine – December 6, 2012' has no comments