Oregon Supreme Court Rules That Dogs Are Not Property, They Are Sentient Beings

As Staff Attorney for ALDF’s Criminal Justice Program, Lora Dunn assists prosecutors and law enforcement throughout the country on animal cruelty cases—from research and written support on motions, pleadings, and briefs to trainings and presentations. 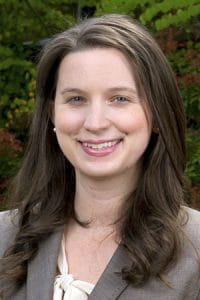 Lora has been instrumental in expanding the Criminal Justice Program’samicusbrief work (“friend of the court” briefs), including such seminal cases asState v. Fessenden(exigency exception to the warrant requirement applies to animal victims in emergency situations),State v. Newcomb(blood draw of a lawfully seized animal as a “search” under the Oregon Constitution and Fourth Amendment), andState v. Nix(animals as crime “victims” for sentencing purposes).

-Dog appeared to be abused and neglected, was seized, and vet drew blood for diagnostic purposes. Defendant said the blood draw was an endangerment of his property, even though dog had been legally seized.

-Court found owner did not have a privacy interest in the interior of the dog.

-Ground-breaking ruling. Pre-existing cruelty to animal laws. Now warrant does not need to be obtained before providing medical treatment to an animal. Animals are not just property.

-What will this lead to?

-John in Tampa concerned about animals eventually being given equal rights with humans.

-Cruelty to animals linked to other issues in the home.

-Emailer questions how animals are considered sentient beings, because they don’t plan, don’t have moral issues.

-Emailer asks if dogs and other animals would qualify as a protected class because they’re sentient.

-This ruling is not binding on any court outside Oregon. But this is the first time any court has ruled on this issue and other courts may look to this Oregon case.

'Lora Dunn – Attorney for The Animal Legal Defense Fund – Oregon Supreme Court Rules That Dogs Are Not Property, They Are Sentient Beings – July 7, 2016' have 2 comments