Scheuer became a public figure after being outed as the anonymous author of the 2004 book Imperial Hubris, in which he criticized many of the United States’ assumptions about Islamist insurgencies and particularly Osama bin Laden. He depicts bin Laden as a rational actor who is fighting to weaken the United States by weakening its economy, rather than merely combating and killing Americans. He challenges the common assumption that terrorism is the threat that the United States is facing in the modern era, arguing rather that Islamist insurgency (and not “terrorism”) is the core of the conflict between the U.S. and Islamist forces, who in places such as Kashmir, Xinjiang, and Chechnya are “struggling not just for independence but against institutionalized barbarism.”

Mr. Scheuer joined us this morning with answers to questions such as:

Was Osama bin Laden connected to the CIA and Saddam Hussein?

Did the U.S know beforehand of the 9/11 attacks?

Does Iran really pose a nuclear threat to the U.S.?

and so much more.Prepare to be surprised and fascinated by this show. Enjoy! 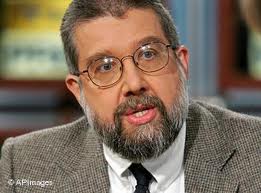 'Michael F. Scheuer – Former CIA Intelligence Officer – Presidents Act On What They Believe Rather Than What Intelligence Reports To Them – August 2, 2012' has no comments