THE MORNING SHOW
with Patrick Timpone

Liberty Defense League* is an educational forum hosted by attorney and author, Timothy Baldwin, designed to explore the sciences forming the foundation and nature of civil society and government.

Baldwin is uniquely studied in the area of political philosophy and science. He is an ardent and skillful writer, having written hundreds of political articles; and has published two books called, Freedom For A Change and Romans 13-The True Meaning of Submission. Baldwin also authored a thought-provoking political thesis called, Political Discussions for People of States, which analyzes the condition of the United States compared to the conditions of the United States’ founding generation as it relates to liberty and federal union. Baldwin has been the guest of scores of radio shows across the United States, as well as public events. 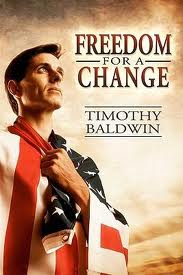 'Timothy Baldwin – The Liberty Defense League: A Passion for Liberty – February 13, 2012' has no comments