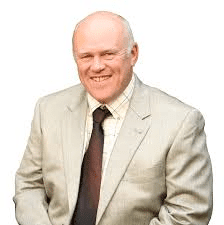 Over the past decade, Dave Stetzer has focused on troubleshooting power quality problems, specifically the problem of dirty electricity (electrical pollution, “stray voltage”), in the United States and in numerous countries throughout the world. His work in this area led to the development of the STETZERiZER® Filter, the world’s first power line EM (electromagnetic) filter.

Dave Stetzer has been an electrician by training, education and experience for over 30 years. He joined the United States Air Force in December 1970 and began his career in electricity when he attended electronics school at Keesler Air Force Base in Biloxi Mississippi from February through November 1971. At that time, Keesler AFB was known as the world’s #1 electronics school.

During this training Dave was given top-secret military clearance, as much of the electronic equipment he worked on was, and still remains, highly classified. Dave completed training as a ground radio communications electronics technician and was assigned to the 676 Radar Squadron, Antigo Air Force Station, Antigo, Wisconsin. There he diagnosed and repaired a variety of electronic equipment, including PC boards, Klystron tubes and integrated circuits, as well as highly classified military electronic equipment, employing among other things, spectrum analyzers, oscilloscopes, signal generators, and digital frequency counters.

In 1975, Dave founded Stetzer Electric, Inc. and remains the president of the company to this day. Since the firm’s inception, Dave has specialized in power control in industry, municipalities, and motor control centers. For more than the past decade, Dave has focused more attention on power quality anlysis and troubleshooting, which led to the founding of Stetzer Consulting, LLC and the development of the STETZERiZER (Graham-Stetzer) Filter and Microsurge Meter.

-High frequencies (>60 cycles) created by diodes switching on and off and pulsing AC, which has internal biological effects.

-Challenge of dirty electricity in wires. Symptoms of CF, fibromyalgia, ADD overlay with symptoms of high frequency. Neurotransmitters are released into urine under stress, reduced with Stetzer filter.

-Suppression of information about effects of electricity. Pharma and power companies are #1 and #2 soft money contributors to politicians.

-Clean linear loads (lights, motors) vs. dirty non-linear (electronics) modes. Switchable power supplies have created overload. Neutral wiring not big enough to handle the load, so power companies now allowed to dissipate overload through the ground in addition to the power returned through the wires to the substation. Has increased ground current everywhere; the ground is no longer at zero.

-In Europe, all power returned to substation through wires and not into the earth.

-When working on a computer, you build up a charge like a capacitor. The body holds a charge and it’s good to discharge. Instead of buying grounding technology which doesn’t work with today’s increased ground current, stand on aluminum foil for a minute to discharge. Good to discharge before going to bed for the night.

-Grounding mats useful only if you don’t plug them in. No additional benefit from adding copper on top of the aluminum foil.

-YouTube videos on how to check your body’s voltage are wrong. Current causes the damage, not the voltage. Can measure current in body with a Fluke 189 or 287 multimeter.

-Stetzerizer Filters filter out the most biologically active frequencies of 4-100 kz by shorting out the high frequencies. Won’t wear out. UL approved. Measurable improvements in biomarkers with filter use.

-Smart meters that transmit through space send 50 kz into the air.

-Milk production drops significantly with LED lights. The day a dairy installed LEDs was the day milk production dropped. 3 cows died on same day from cancer 3 months after LED lights were installed. Technology is available at a reasonable cost to make LED lights totally safe, but manufacturers won’t use it.

-Dr. Neil Cherry of New Zealand reviewed the research literature and concluded EMFs are not safe.

-No literature showing clean 60 cycle sine wave energy is bad for you.

-Rms reading on a multimeter needs to be multiplied by 3 to get true reading.

dave stetzer on the good, the bad and ugly with electricity, september 8, 2016, hour one