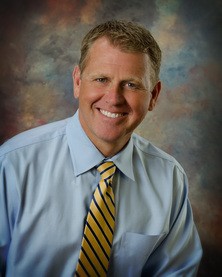 Dr. Drury has been in private practice for over 20 years and has received numerous awards and recognition for his continued devotion to the upper cervical profession. Having developed a reputation as one of the most experienced upper cervical doctors in the world, Dr. Drury specializes in helping people who have been told there is no hope. His ability to help the worst of the worst cases has attracted patients to his Charlotte office from all over the world.

Dr. Drury has been instrumental in the growth witnessed within the upper cervical chiropractic profession over the past decade. He is the Co-Founder and Board member of Upper Cervical Health Centers, Inc. an international franchise with over 40 offices worldwide. He is also the founder and lead-instructor for the International Upper Cervical Institute. Dr. Drury was instrumental in the development of the Upper Cervical Academy in conjunction with Sherman College of Chiropractic.

It renews our hope in the mainstream media when they actually step up and run a story like this one,Upper cervical chiropractors offer new hope to pain sufferers, featuring our guest Dr. Ray Drury. We had Dr. Drury on the show back in March and were honored to have had Dr. Drury with us once again. He’s doing great work and may just have the solution to your pain and/or chronic health problems for which you’ve not found answers. Enjoy the show!

-Why even just the slightest misalignment of the neck can cause pain and other health problems; is it really that simple? Dr. Drury explains

-Dr. Drury tells about aligning the spine of his new born baby girl when she was only days old

-When his father, who is also a chiropractor, continued suffering from back pain, Dr. Drury fixed the problem, then taught him the method

-Why don’t all chiropractors do knee chest upper cervical chiropractic?

-What’s gets the body out of alignment?

-How can our reaction to stress get us out of alignment?