The Cause and Prevention of Heart Attacks – A Radical New Approach

Dr. Tom Cowan discovered the work of the two men who would have the most influence on his career while teaching gardening as a Peace Corps volunteer in Swaziland, South Africa. He read Nutrition and Physical Degeneration by Weston Price, and a fellow volunteer explained the arcane principles of Rudolf Steiner’s™ biodynamic agriculture. These events inspired him to pursue a medical degree. Tom graduated from Michigan State University College of Human Medicine in 1984. After his residency in Family Practice at Johnson City Hospital in Johnson City, New York, he set up an anthroposophical medical practice in Peterborough, New Hampshire. Dr. Cowan relocated to San Francisco in 2003.

Dr. Cowan has served as vice president of the Physicians Association for Anthroposophical Medicine and is a founding board member of the Weston A. Price Foundation™. During his career he has studied and written about many subjects in medicine. These include nutrition, homeopathy, anthroposophical medicine and herbal medicine. He is the principal author of the book, “The Fourfold Path to Healing”, which was published in 2004 by New Trends Publishing and is the co-author of “The Nourishing Traditions Book of Baby and Child Care,” published in 2013. He writes the “Ask the Doctor” column in Wise Traditions in Food, Farming and the Healing Arts, the Foundation’s quarterly magazine, and has lectured throughout the United States and Canada.

This show is one of our more fascinating on heart health. We encourage you to pass this along to anyone suffering with heart related ailments. Dr. Cowan brings forth information we’ve never heard before and it’s simply eye-opening!

-The theory that the heart pumps blood around the body is nonsense. Dr. Cowan elaborates on how the blood flows and why

Coronary artery disease is currently the leading cause of death in the United States. Despite the increasing sophistication of surgical techniques, the introduction of new techniques such as balloon angioplasty, and a number of new drugs (e.g. beta blockers, calcium antagonists), it is estimated that over 1 million heart attacks will occur this year, resulting in 500,000 deaths. In short, we do not have an adequate therapeutic solution to the problem of myocardial infarction (heart attack).

The cornerstone of therapy for treatment and prevention of myocardial infarction is to remove blockages in coronary arteries that are thought to be the cause of the infarction. This adheres to the widely accepted coronary artery thrombosis theory of infarction; that is, arteries become clogged with plaque, damaged from such things as smoking or high cholesterol. A clot forms a fissure in the plaque. The clot may shut off the blood flow of the coronary artery, causing a heart attack. It is deceptively simple: The coronary arteries are clogged. No blood can flow, so the muscles of the heart cannot be supported, and heart metabolism stops, leading to death.(Learn More)

-If the idea that heart attacks are caused by blockages, then why don’t other organs, like the spleen, liver, and kidneys have ‘attacks’?

-Dr. Cowan explains why increasing the capillary blood flow is what keeps the heart going

-What’s really building plaque in the arteries? It’s not what you’ve been taught

dr thomas cowan m.d. and a radical new look at the cause and cure for heart attacks, november 24, 2015 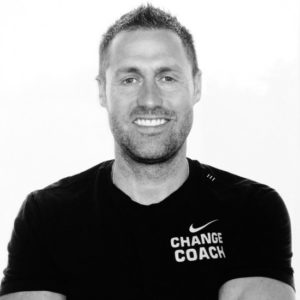 Patrick Timpone – The World Out There Is Only Your World If You Choose to Accept It – March 24, 2021

Atom Bergstrom – Regaining Our Right to Arbitrate Our Own Health and Retaining Our Personal Autonomy – March 23, 2021