Chemtrails, HAARP, and the Full Spectrum Dominance of Planet Earth 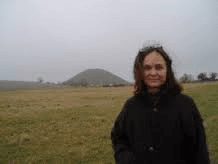 We are entering a Space Age, but not the kind President Kennedy originally envisioned. This Space Age is replacing resource wars and redefines planet earth as a “battlespace” in accordance with the military doctrine of “Full-Spectrum Dominance.”

This book examines how chemtrails and ionispheric heaters like the High-frequency Active Auroral Research Project (HAARP) in Alaska services a full-spectrum dominance. This “Revolution in Military Affairs” needs an atmospheric medium to assure wireless access to the bodies and brains of anyone on Earth—from heat-seeking missiles to a form of mind control.

How sinister are these technologies? Are we being prepared for a “global village” lockdown? The recent release of NSA records have reminded Americans that “eyes in the sky” are tracking us as supercomputers record the phone calls, e-mails, internet posts, and even the brain frequencies of millions.

Elana M. Freeland’s startling book sifts through the confusion surrounding chemtrails-versus-contrails and how extreme weather is being “geo-engineered” to enrich disaster capitalists and intimidate nations.

A deconstruction of Bernard J. Eastlund’s HAARP patent points to other covert agendas, such as a global Smart Grid infrastructure that enables access to every body and brain on Earth, a “Transhumanist” future that erases lines between human and machine, and Nanobiological hybrids armed with microprocessers that infest and harm human bodies.

-The Hegelian Dialectic in full swing

-Freeland says “Climate Change” is a coverup for weather modification

-Trans Humans being formed by bio technology inserted in the body

-Who are the players behind this and what is their motive?

'Elana Freeland – Chemtrails, HAARP, and the Full Spectrum Dominance of Planet Earth: What’s Happening In Our Skies and Why? – October 21, 2014' have 10 comments