Author of Master Manipulator: The Explosive True Story of Fraud, Embezzlement, and Government Betrayal at the CDC

The explosive true story of fraud, embezzlement, and government betrayal. In 2000, the US Centers for Disease Control (CDC) carried out a secret mission to bury, skew, and manipulate data in six vaccine safety studies, in a coordinated effort to control the message that “vaccines do not cause autism.” They did so via secret meetings and backtesting health-care data. The CDC invested tens of millions of dollars in a foreign health-care data analytics startup run by Danish scientist Poul Thorsen, a move to ensure that no link ever surfaced. But fate had other ideas. The agency soon learned it couldn’t control Thorsen. In 2011, the US Justice Department indicted him for the theft of more than $1 million of CDC grant money.
Master Manipulator exposes the CDC’s hidden agenda for the cover-up. Influenced by Big Pharma money, future high-paying jobs, and political lobbyists, CDC executives charted a course different than what the findings of earlier vaccine safety studies revealed. The CDC needed an outsider to “flatten” the results of the data, while building an exit strategy: a fall guy in case the secret plan was exposed. Thorsen fit the bill nicely, conducting studies overseas. But the CDC’s plan backfired, as Thorsen took the money to the bank and the power went to his head. It would take years for his fraud scheme–funneling CDC grant money to a Danish university and then back to a CDC bank account he controlled–to play out. Master Manipulator is a true story of fraud and betrayal, and an insider’s view of what takes place behind the closed doors of agencies and drug companies, and with the people tasked to protect the health of American children. It’s a cautionary tale of the dangers of blind trust in the government and the health-care industry. 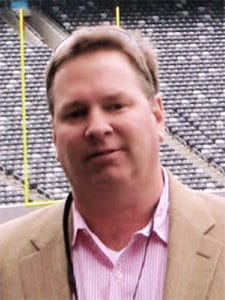 -Son had thimerosol poisoning from vaccination.He has autism, but displays amazing intellectual capabilities for a child. Self-taught Russian from cartoons, knows 4 other languages. Mathematical abilities. OCD is his major problem.

-CDC cover-up of troops getting sprayed by digoxin-containing Agent Orange.

-Vaccine court wouldn’t hear his case because a Danish study said there is no relationship between vaccine injury and thimerosol. Studies are all corrupt, with international fraud.

-Manipulation of vaccination studies with intent to fraud between Dr. Coleen Boyle and Poul Thorsen, who is guilty of wire fraud, embezzlement, theft, and bad science.

-Newest issue is Gardisil vaccine for HPV. Given to 9 year old girls. Can’t hide the reaction to this vaccine, because it’s given in isolation. Govt. wants to include boys.

-Half of pharma’s profits are from vaccinations.

-Child Vaccine Act of 1986 protects vaccine makers, compensation for victims gutted, burden on the families. No legal avenue to sue vaccine makers. They have no incentive to invest money to innovate. Result is fast, cheap, dirty vaccines.

-Will Trump take any action? He is aware of the problem.

-Will Dr. Bill Thompson, CDC senior scientist, ever be deposed about MMR fraud?

-No vaccine needed for mumps and rubella. Death from measles is rare. If MMR is eliminated, autism projected to greatly decline.

james grundvig and the deceit, fraud and lying going on now in the cdc, december 13, 2016

'James Ottar Grundvig – Author of Master Manipulator: The Explosive True Story of Fraud, Embezzlement, and Government Betrayal at the CDC – December 13, 2016' has 1 comment