Chronic gut disorders terrorize Americans of all stripes like no other plague. Just consider the epidemiology of the four most prevalent conditions, courtesy of the National Institute of Diabetes and Digestive and Kidney Diseases: 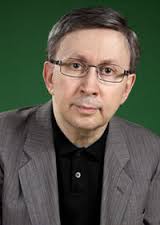 Nowhere is this epidemic as noticeable as inside any “big chain” drugstore. At our local pharmacy, for example, the laxative department is one of the largest single-condition section in the entire store:

So, ask yourself — how is it possible that the same proud country that was able to fly people to the moon and back home in 1969, can’t figure out 45+ years later how to prevent and resolve lifestyle-related colorectal disorders without resorting to a truckload of toxic laxatives?

The answer is simpler than you may think — American gastroenterologists, let alone rank-and-file family physicians, not only don’t know how to treat these conditions, but oftentimes cause even more harm by prescribing the wrong treatments and recommending inappropriate diets.

Mr. Monastrysky gives his opinion why a classical Paleo Diet only works for certain individuals with a special lifestyle and biological make up

He says intermittent fasting, from Dinner to Lunch has a quite positive effect on most people…

For ongoing chronic digestive issues He recommends white rice, butter and a couple other supplements including a liquid vitamin

He suggests most people are not dehydrated and are taking too much water, as the water in coffee, tea and all have generous supply of H2O and count as water, contrary to what most water advocates say.

Proteins take an average of seven hours to digest and to layer up one meal on another is the beginning of digestive issues.

Too much water can dilute HCL in the stomach

We should have, according to Mr. M, a bowel movement for each meal and one can judge ones health on appearance and odor

Here are some of the emails Mr. Monastrysky addressed during the show:

ken in Florida asks:  Do you do liver cleanse?

What does his wife eat at her one meal ?

What does Konstantin think about urine pH. Should urine pH be within
a certain range, and what does highly acidic urine signify?

Can we test our stomach to find out if we need to supplement HCL?

Konstantin Monastyrsky on digestion, make up diets and much more, April 9, 2018

'Konstantin Monastyrsky – How to End the Nightmare of Colorectal Disorders Before They End You – April 9, 2018' have 2 comments