Stephen Heuer joined us this morning and recounted the story of how he became so interested in nutrition and cleansing. Stephen been an extremely healthy child before having 2 amalgam fillings installed when he was 16 years old. It was only hours after his fillings were in place that he became extremely ill and put on a round of antibiotics for 20 days which caused chronic digestive disorders. He was suffering from adrenal fatigue by the age of 10. Listen to Stephen tell his story and how his life completely changed with his understanding of health, vibrational energies and the idea that the “issues are in the tissues.” Excellent information here. Don’t miss this one! 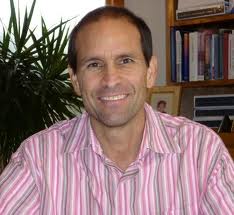 Stephen Heuer is the founder of Cocoon Nutrition. BIO: In 1990 I earned a Bachelor of Science Degree as a Nutripath, which was a Nutritional Correspondence course, much like the Naturopathic Doctor correspondence courses, just a slightly different name. I have taken many 3 day trainings throughout the country to learn from other health care professionals. Additionally I’ve done Live Cell Therapy, Ozone Therapy, Psychic Surgery, Visited John of God In Brazil, and Magnetic Therapy in England and many other therapies. Over these 20 years in practice my clients have improved or recovered from many conditions including; chronic fatigue, cancer, psoriasis, chronic constipation, kidney failure, adrenal fatigue, Liver problems, gallstones, depression, reproductive health, dysbiosis of the intestines, acne, skin conditions, sleeping problems, arthritis, osteoporosis, herniated or thinned discs, reproductive deficiency, menstrual cramps, memory and focus problems, mercury poisoning, autism, hyper and hypo Thyroid, gray hair, vision improvement and much more. I have been in full time private practice for 20 years; 15 of those years was in the San Francisco Bay Area of California and 5 + of which has been in Greer, South Carolina.

'Stephen Heuer – Cleansing and Diet: The Quickest Way to Change Your Spiritual Vibration – January 29, 2013' have 2 comments