Consultant on the work of Dr. Hulda Clark

Steven has been studying and using since 1998 the revolutionary health discoveries of the late scientist extraodinaire, Hulda Clark, Ph.D., N.D. He has thoroughly studied all of her books, her videos, her speeches and lectures, interviews of her, what others have written about her and her discoveries, etc.

He has regularly performed upon himself the Parasite and Pathogen Extermination and Cleanse, the Kidney Cleanse, and the Liver Cleanse. In 2011, he cured his own asthma (from which he had suffered for 57 years) as well as the asthma of his 29-year-old daughter using some of the most recent information provided by Dr. Clark. In 2011, he also cured his psoriasis using Dr. Clark’s revelations.

Steven does not follow or study anyone else’s health-related information, but focuses solely on the information that was provided by Dr. Clark. 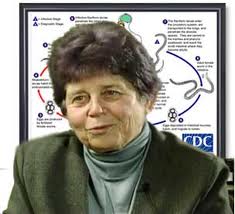