Rob Kirby is scared. He’s trying to get a big book published on the “gold suppression movement” – one he’s written because “Our way of life is in jeopardy and I fear for my daughter’s [and everyone else’s kids for that matter] future. It does not seem quite as bright as I once thought.”

Rob will freely admit that he was once on the other side – a fellow working for major financial houses in Canada and quite content to label those who believed that large international players were manipulating the markets as “paranoid.” Now he’s in the same position. 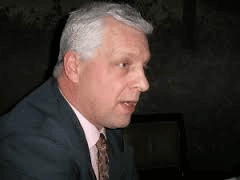 Globalists are a cabal.  The Illuminati are the Council on Foreign Relations (CFR), Bilderbergers, and an amalgamation of old world banking families – Schiff, Lazard Freres, Rothschild, Rockefeller.  No religious basis.

Rabbinical Jewish scholars met with Iranian president Amadigigad in NYC in 2009 in a lovefest, gave him an award for helping Jewry.  Why didn’t the meeting makes news?  Factions don’t want these facts to be known.  America is a captured entity in a stealth coup.  Globalists are in control of the critical choke points of the American way of life.  It’s the Treasury that issues the dollars and controls monetary policy, controls how much debt the US has.

The President doesn’t have his own power to chose the Treasury Secretary.  He gets to pick from a list of names.

Meeting of President-elect Trump with Obama.  Kirby thinks Trump looked like he had seen a ghost, was visibly scared, and conjectures that Trump had been read the play book.  Establishment was upset Trump had become president.  a man known as an independent thinker that doesn’t kowtow to the establishment.

Demand for physical precious metal will overwhelm the supply of precious metal.  Timing of that depends on the demand from sovereign non-western world entities.  At that time, when they won’t settle for fiat money in lieu of physical money,  markets for physical metals, e.g. Comex, will be discredited because they are a paper charade that will be undermined and destroyed, and paper markets in other strategic commodities will simultaneously be destroyed, e.g. energy, crude oil, paper debt.  Will be a rush for precious metals, which will become a cash and carry market.

Crypto currency has gone from a market cap of under 30 billion to 116 billion in just a few months.  Ripple, the 4th largest crypto currency, has gone up by a factor of 60 in 3 months.  Silver might have gone up by a factor of 60 if not currently constrained.  Precious metals will rise 10-40 times in a short time.  Crypto currencies can’t be shorted and can’t be suppressed, which isn’t true of precious metals.  After Trump declared as winner, gold rose, and then gold was sold in paper format at 3 times the amount of the annual mining supply.  Turned a 100 up into a 100 down with an overwhelmingly suppressive supply of promised gold which has not yet been mined and probably does’t exist.

Crypto currencies are double edged sword.  The technology behind them, block chain technology, which allows for a secure chain of transmission, makes the historic bankers’ function of storers and purveyors of wealth obsolete.  Makes banking redundant, unnecessary, and outmoded.  Banks are trying to control crypto themselves.  Power of crypto currency emanates from the notion that is decentralized and not controlled by one entity.  Banks will fail in trying to develop a crypto that they will control.  A centrally controlled crypto currency is like a square wheel.   Crypto won’t go away unless the internet is shut down.

Kirby predicts a marriage between crypto currency and gold.  Ultimately we’ll have a gold backed crypto currency.  We will return to a quasi gold or metal standard.  1 million bitcoins is a satoshi, named after the founder of bitcoin.  The argument used against a gold standard is that there’s not enough gold, but gold can be priced in grams, or tenths of grams.  Gold and silver are infinitely divisible.  An infinite amounts of dollars can represent infinite demand, but we’re in a world of finite resources.

People in the financial business don’t know what crypto currencies are.  The run up could be a lot bigger before the big boys realize they need to quash it.

Kirby predicts the day will come when you cannot buy an ounce of gold in US dollars, because the dollar will meet its day of reckoning and revert to its intrinsic value, which is zero.

What does Secretary of the Treasury Mr. Mnuchin have in mind?  He’s like the captain of the Titanic.  He’ll go down with the ship, or be vaporized in a nuclear war.  The dollar as world’s reserve currency – fiat currencies have come and gone.  The US dollar is a fiat currency, and it’s day will come.

A 400 oz. bar of gold is the size of a brick.  It’s worth half a million bucks.  Because of the relative availability of each in nature, silver should likely be priced at 1/10 the price of gold; it’s now 1/70th.  If money is gold backed, governments are forced to live within their means and not run reckless deficits, which only help the banking establishment.  Today you can still freely buy precious metal because there has been such a concerted effort to discredit precious metal by the powers that be.

A retired chairman of a Swiss bank admitted there is a concerted effort to suppress precious metals.  Kirby thinks it’s a program that will be unsustainable in the long-term.

Rob Kirby on who The Boys are, crypto currencies, gold suppression, june 20, 2017