with special guest in hour one

Paul Craig Roberts is one of the most respected columnists in the alternative media. His syndicated articles can be seen on many leading alternative news websites including Lew Rockwell, Infowars, Counterpunch, InformationClearingHouse and countless others. Roberts scores huge points in the credibility department having been the former head of policy at the Department of Treasury under Reagan, and the editor of the Wall Street Journal — among a long list of other accolades. His research is impeccable and his vision of how the world really operates is second to none. He knows why and when the global chess pieces are moving, and has the incredible talent to communicate difficult concepts to the general public. He has written several books including The Tyranny of Good Intentions and How the Economy was Lost. His many interviews can be seen on Russia Today and Prison Planet TV. Roberts is also a recent contributor to Gerald Celente’s esteemed Trends Journal. There is no one better at reporting the reality of geo-political events and the workings of the Treasury and the Federal Reserve. 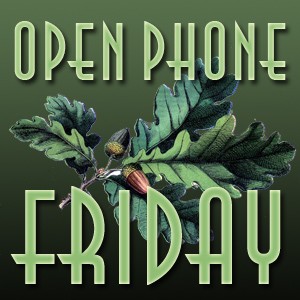 -We need to pay attention to our politicians on an ongoing basis, not just every 4 years.

-Inflation is higher than they report – is 8% or higher. Bulk of inflation went into prices of bonds, -stocks, and real estate, particularly rental prices.

-Primary showed people have had enough of the establishment.

-Responses at Trump rallies vs. Clinton rallies predicted the outcome.

-Oligarchies didn’t steal the election because they were fooled by their own propaganda and didn’t think they needed to.

-Immediate need to reduce tensions with Russians and Chinese.

-How to bring jobs back to a country that has deindustrialized itself? US has lost 70,000 factories, millions of manufacturing jobs, millions of professional skill jobs. No middle class employment opportunities, no upward opportunity ladders. Need to renew middle class.

-Trying to stop offshoring puts him up against the globalists.

-Globalists will make maximum effort to get populace to fight against policies in their interest.

-Reducing tensions with Russians means we have to stop opposing them in Syria and stop supporting the puppet government in Ukraine.

-Neocons have taken over the think tanks, the media, academic policy centers. Think we should be a unipower.

-25 cities going on protest on same night with same slogans – is organized by oligarchies and part of effort to delegitimize Trump.

-Wall St. and Federal Reserve will force Trump’s hand by threatening to force a crisis unless he appoints some of the boys as Treasury Secretary and assistants.

-Trump doesn’t know who he can rely on to do what he wants to do. Everyone is trying to get their hooks into him. Vulnerable to being taken over. We need to see who the cabinet members and assistant secretaries are.

-US economy has been looted and given away so a handful of people can become multibillionaires.

-Median income has consistently fallen. 50% of 25 year old Americans live with their parents because they can’t find employment to support living on their own. More 18-34 year olds living with their parents than in their own household. We’ve become a third world country.

-We should be more concerned with what politicians are invested in than their income taxes.

-Health – we know what to do. Spiritual and mental aspects of health are really where the frontier is at.

-Dee likes using Dr. James Chappell’s tooth powder for clearing cavitations. She adds barbary root powder, licorice powder, and rhubarb and packs it around her teeth for the night. She also shares her milk shake recipe. Raves about benefits from methylB12 and methylfolate, cautions to start slow.

-Vote with your pocketbook – means staying away from the media as well.

-Grubhub emailed employees that those who supported Trump should resign, but later tweeted they don’t discriminate based on political beliefs.

-Clinton campaign had well orchestrated campaign on social media, appealing to millennials, who then parroted “He’s a racist” and “He’s a misogynist”.

-“Daisy Girl” ad, first used against Goldwater by Johnson in 1964, was used against Trump 10 days before the election.

-Patrick’s heartburn returned with the start of “stinking thinking” about the election. Learning to disengage.

-From Atom – “Reverence might be even higher than love.”