Biblical Prophecy of Earth Changes, the Anti-Christ and the New World Order

Stan Deyo has a good grasp on the big picture and the karmic events of these exciting times. Just what is the pole shift phenomena? What do we know and truly believe are possibly in our climatic future and what is fear mongering? We talk about our future, how we are creators thereof and what challenges lie ahead. 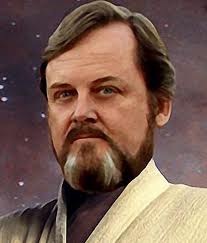 Currently Stan is working on a Tesla-based energy system and several propulsion projects, is giving radio interviews, is an active partner in Deyo Enterprises LLC and is the CEO of HALO Orbital Technologies LLC.

In 1969, Stan experienced an NDE which only strengthened his Faith, though at the time, he was not a Believer. We have met with Hopi Indian elders in Arizona twice by invitation to discuss prophecy. We have visited the restricted access FNMOC at the US Navy base in Monterey to share Stan’s method of earthquake prediction. (It’s based on sea surface temperature fluctuations – something Stan formulated from the Navy’s own data but they had not seen this use for it.) At Air Force Space Command in Colorado Springs (now headquartered in Omaha), we met with Major Green, affectionately known as “Major Meteor” by his colleagues, to discuss the probability of meteors impacting Earth. Stan has packed more into 62 years than most folks do in two lifetimes!

Stan’s scientific approach is backed by extensive research. He is not motivated to make a “quick buck”, nor is he trying to sell anything other than his books that are treasured by those who have them. He feels obliged to let the public know both what he sees from a scientific perspective as well as from Biblical research.

'Stan Deyo – Biblical Prophecy of Earth Changes, the Anti-Christ and the New World Order – February 28, 2011' has no comments