-Never waste a good crisis: Patrick and Andrew discuss the global warming model and how it’s making many rich

-The definition of Fascism

-The corruption of The Clinton Foundation

-Does the average American really understand the implications of this election?

-At what point will we call the tax system slavery?

-Why the markets are at very high levels

-The idea of a global government has been the dream of the rich , and has been in the works, for a very long time

-The woes of the European Union: Which country will leave next?

-‘Nationalism’ is the new 4 letter word

-Globalist or Nationalist? On which side do you sit?

-A word of caution about money market accounts

-Uncle Sam cooks the unemployment numbers and Andrew tells us how

-Question from a listener:I have “lost” enough on my precious metals IRA due to the games the boys play, that at 59 1/2 I took it out, but cannot afford to take a further loss and ship it say to your office to get a collectible that I can use for hedging as well as supplementing my retirement, so other than the waiting game on the bullion to make advances before possible conversion, I can keep my “junk” silver but what is your opinion on the mint issues of the silver proof America The Beautiful quarters and the like? If a good find, what’s a good price?

-Question from a listener:Andy, if the Fed Reserve System wanted to bail out the students and not the banks with a QE for Students, what would the balance sheets look like?

Is this legally possible (US Code Title 12, Chapter 3, Subchapter IX….)?

But then the banks have all these new reserves and can begin another round of creating student debt!!!!

-Question and comment from a listener:Has Andy studied ‘Raw Materials Economics’ found explained on the web at normeconomics.org It appears that Raw Materials Economics was vaporized from our schools and social discourse after World War II, when ‘free trade’ took over the discourse in economics. I just discovered this body of knowledge and it is the first time I understand how an economy works.

The basic premise is: all wealth comes from the earth. By undercutting the price of commodities thru ‘free trade’ after 1953, the small and medium sized farmer was driven out, leaving corporate farming destroying the humus of our soils and contributing to climate change issues, since the humus-fed soil is the major sink for carbon from the air.

Why do this? For profit? Hell no. If you break the farmer, then the rest of the economy is driven down in income and wages. And here comes the debt-money banking system to create the money out of thin air to ‘help’ us all.

'Andrew Gause and The Real World of Money – The Time Is Now for a Plan to Preserve and Grow Your Wealth – August 24, 2016' has 1 comment 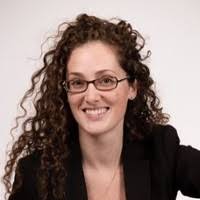